Explore the world with me! 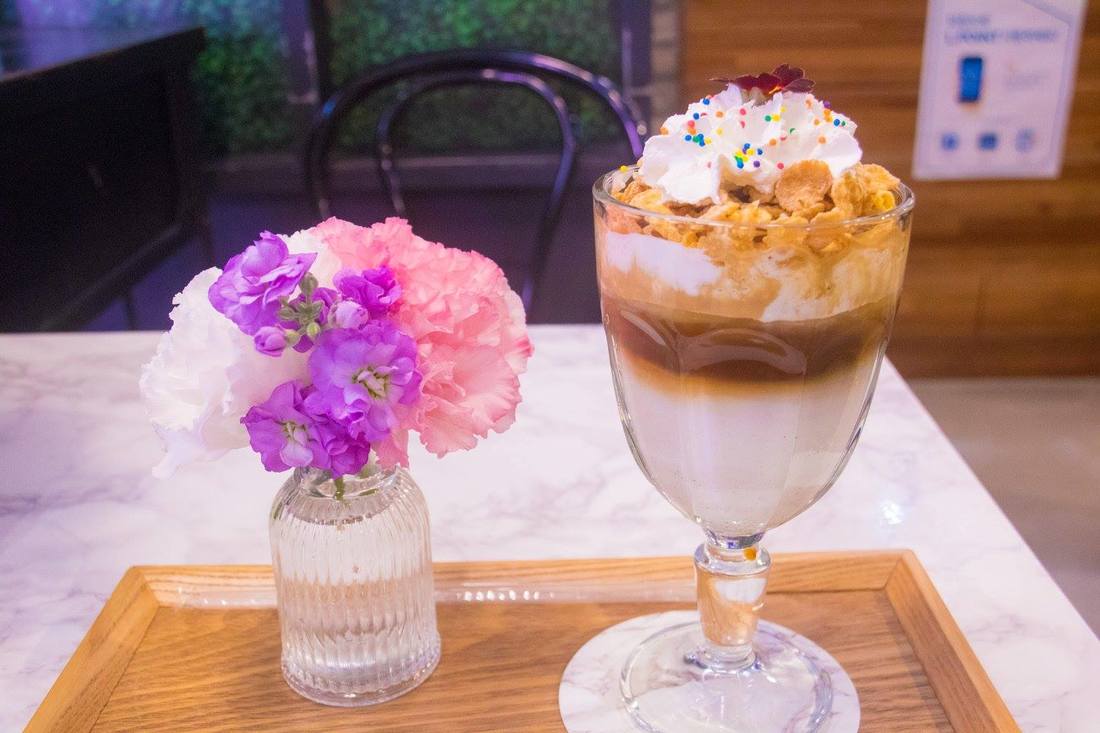 If you love coffee like me, then you know the struggle of trying to get by without it when necessary. Luckily, I rarely had this issue in Korea where cafes are a dime a dozen. From traditional cafes to the extreme, South Korea’s capital, Seoul, has them all. You can start your day at a cat cafe and end at a Karaoke one. In my time in South Korea, I visited maybe two cafes a day to get my caffeine fix and because of this I learned a thing or two about cafe culture in South Korea. By the time I left I had fully assimilated into the culture. ​
​
Read More 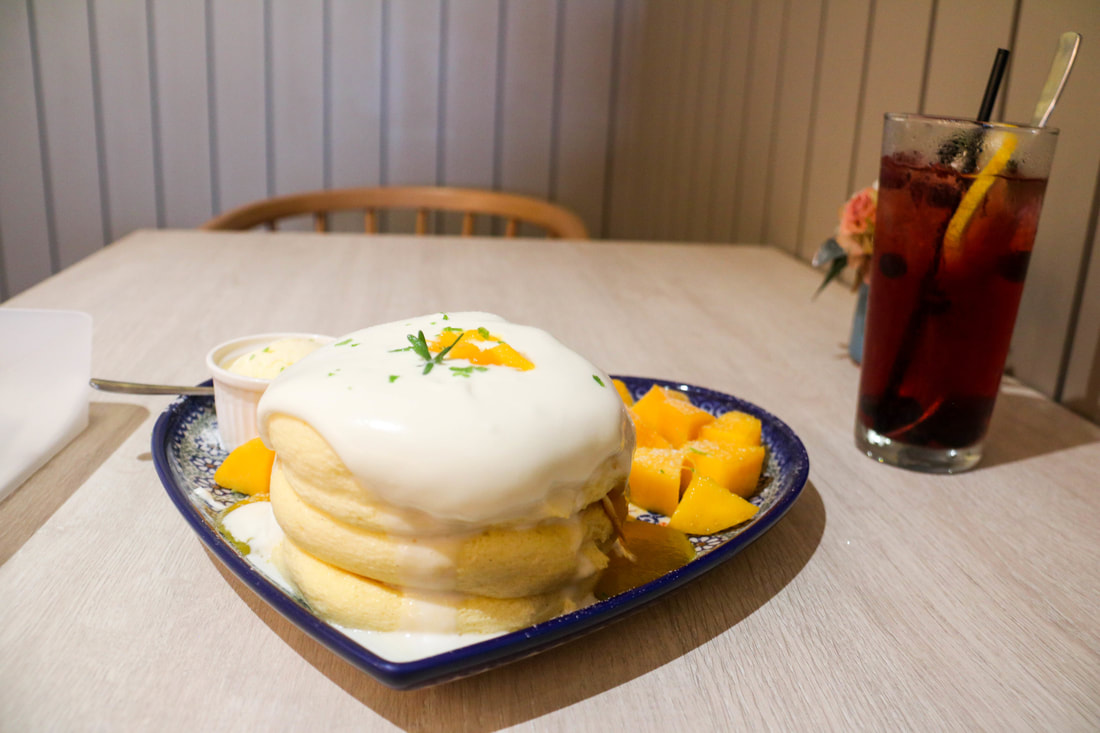 Pancakes from Autumn Souffle Cafe
Everyone loves a good pancake on a hot day in July right? Maybe not. However, these jiggly pancakes by Autumn Souffle Cafe in Tainan, Taiwan have made headlines because of their excellent flavor profile, pillow-like centers, and entertaining wobble.
The cafe is located on a bustling street in downtown Tainan, and is adorned with a small sign in the front. When you enter, you are greeted by a hostess who will ask if you have a reservation. I did not, however, I was walking in on a weekday as a solo party after lunch time. The interior is homey, with many warm colors invoking memories of fall. The hostess will show you to your seat where you will have a chance to explore their expansive menu of both sweet and savory foods (the menu is both in English and Traditional Chinese). Once you've decided it's time for them to get to work! You are able to watch them make your food. The process is difficult and hard to master, but the workers at Autumn are diligent. It does take a little time for them to  make the pancakes so if you're in a rush be mindful of that. ​​
Read More 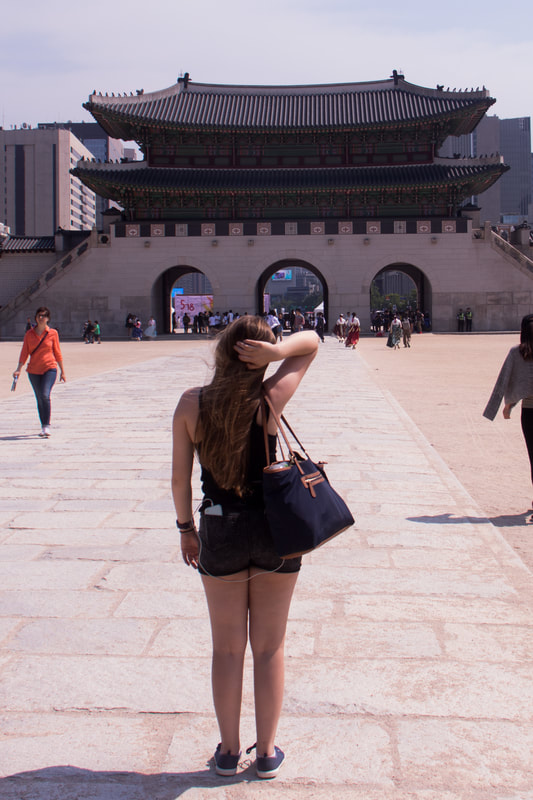 “Why do you go away? So that you can come back. So that you can see the place you came from with new eyes and extra colors. And the people there see you differently, too. Coming back to where you started is not the same as never leaving.”
― Terry Pratchett, A Hat Full of Sky
So you've decided to go to South Korea for vacation or maybe work and don't know what to pack? Are you concerned about getting around? Maybe you aren't sure about what is essential overseas. Here are the top 10 travel must haves for South Korea, specifically Seoul.
1. A Translator App
If you're not fluent in Korean or English this is extremely important. In my experiences, most Koreans I met did not speak English well enough to communicate with outside of common phrases so an app that does the translating for you is so useful. I like Google Translate as it has an option to do real time translation either through speech or with your phone's camera. This especially came in handy when looking at different signs in Hongdae or even just looking at bus schedules. I speak very basic Korean which, when communicating with people just was not enough sometimes. If I had not had this app I would have missed out on several free events and probably gotten lost a hundred times. This was also the most accurate of the translator apps I tried using while in Seoul, luckily most of the signs and subway announcements were in English, Japanese, Chinese, and Korean. ​
Read More 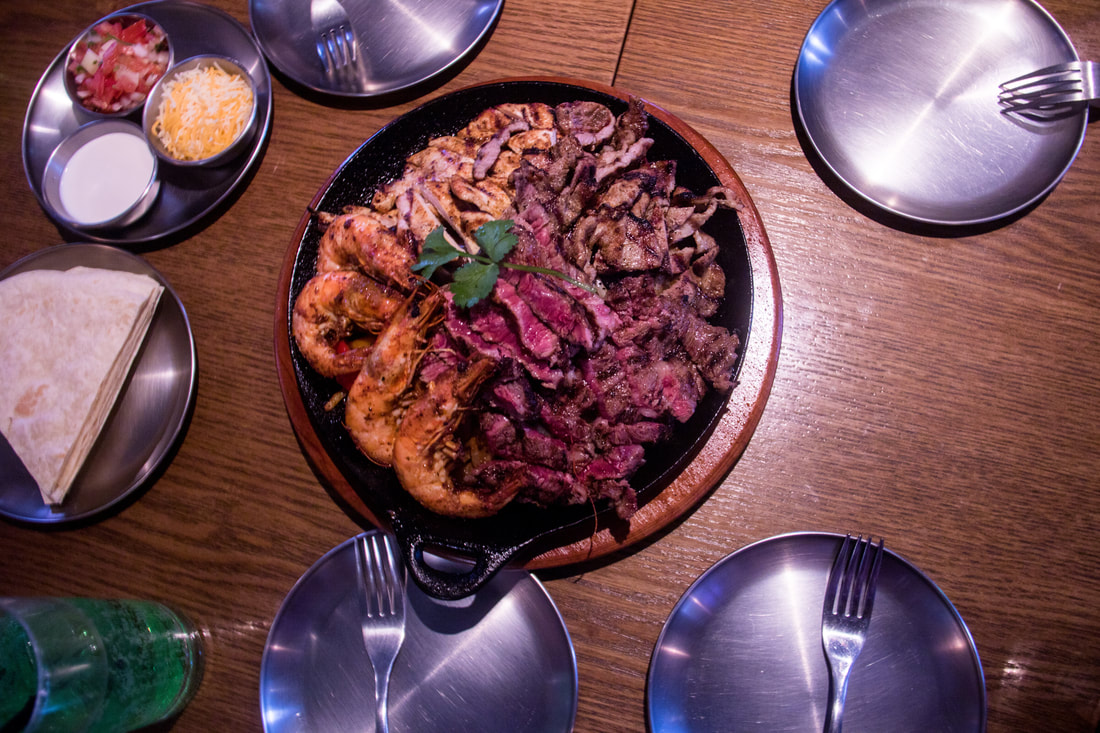 “If you reject the food, ignore the customs, fear the religion and avoid the people, you might better stay at home.” – James Michener
Traveling solo is hard, traveling solo as a woman is even harder. One of the most difficult things about traveling abroad is the loneliness, especially when eating. One moment you're in your home country eating at familiar restaurants or maybe trying that new restaurant that your friends recommended last week. The next you're in an unfamiliar place, maybe the next country over or a world away, you do not speak the language nor do you know the places around you, you could be steps away from a famous restaurant or that really delicious street vendors vloggers rave about. Or you could be dealing with loneliness from the culture like I was, when I was in a group based social culture. The adjustment that you have to go through can be jarring at first, it can even make you feel as if you should just go home because it's too difficult to bear. Below are some tips and tricks to make your experiences eating abroad more enjoyable.
​
Read More

This website uses marketing and tracking technologies. Opting out of this will opt you out of all cookies, except for those needed to run the website. Note that some products may not work as well without tracking cookies.

The Voyaging Teacher
Powered by